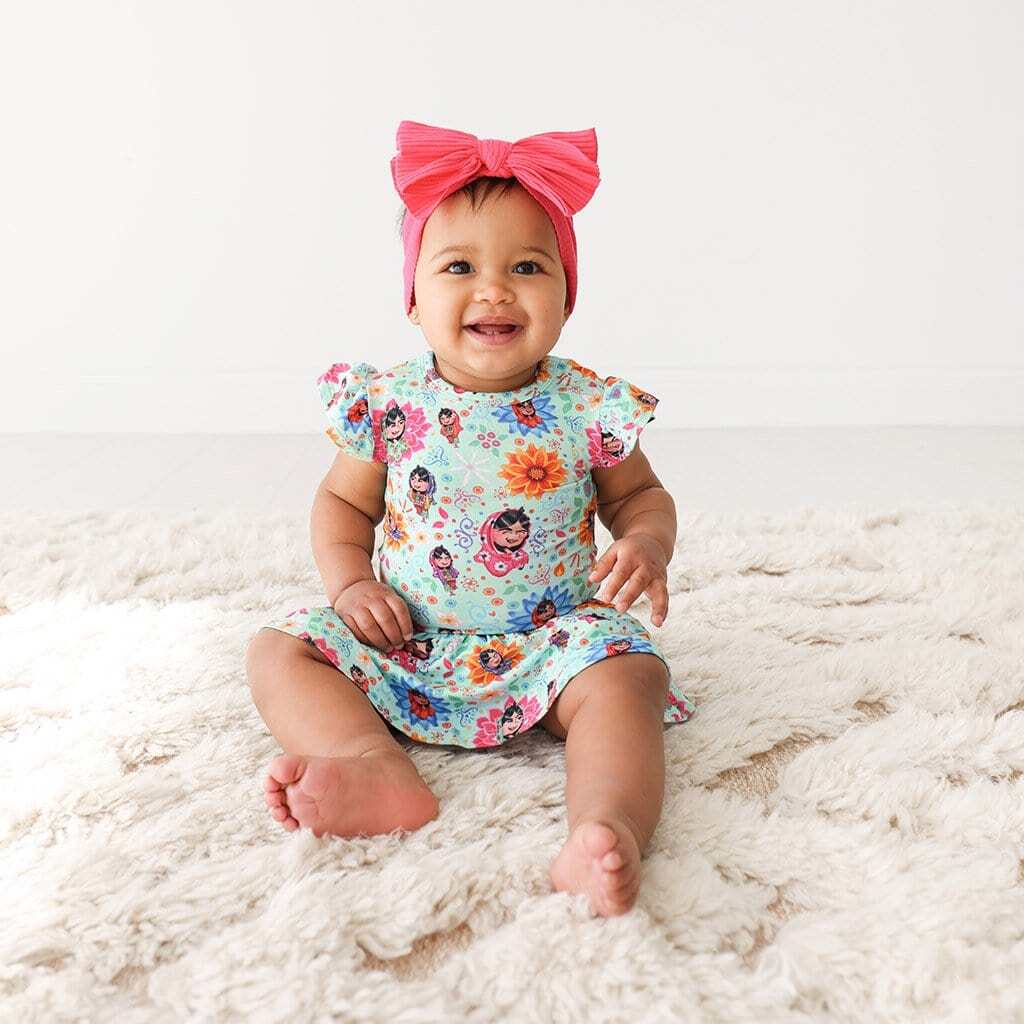 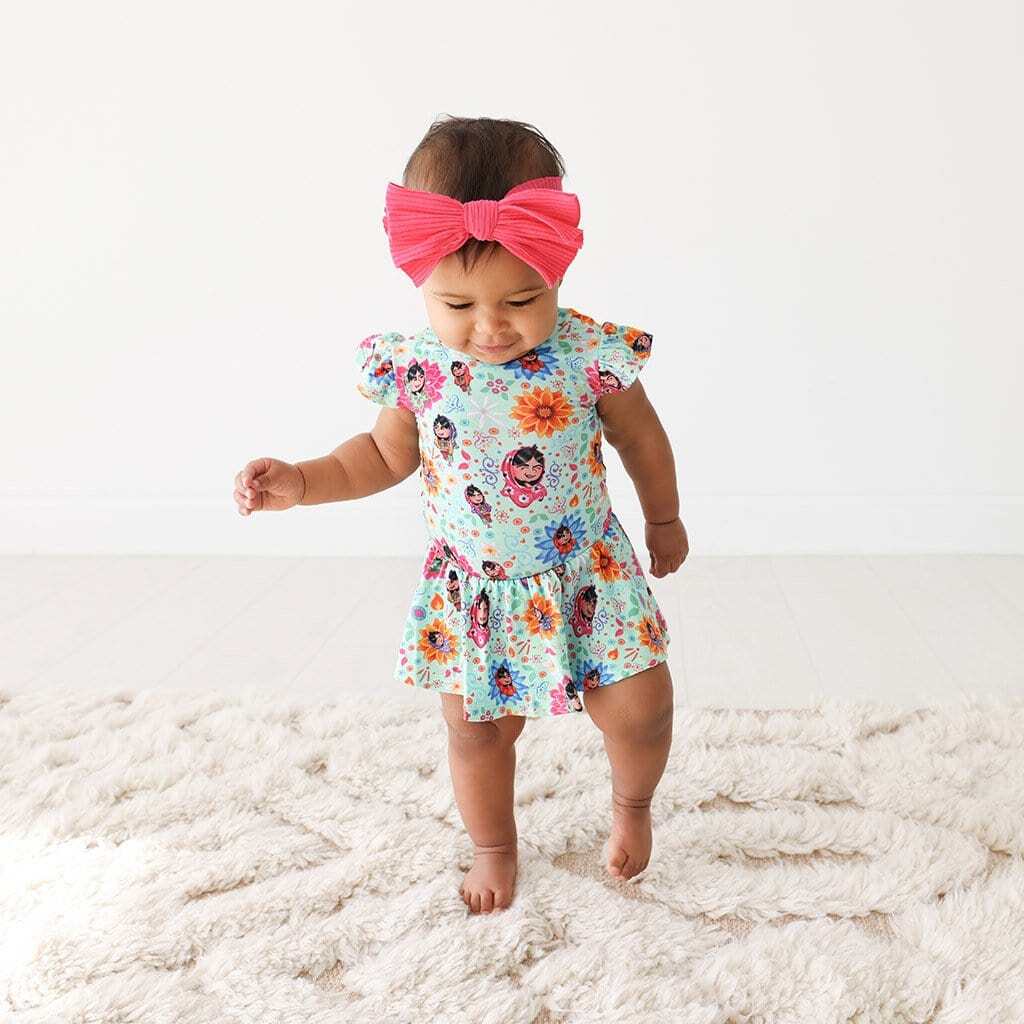 Dress it up or down; our girl's ruffled cap sleeve twirl skirt bodysuit has become a staple to have in your closet. Large ruffle sleeves, three-snap closures for quick diaper changes, breathable and made from our signature Päpook® viscose from bamboo, twirl skirt bodysuits are a favorite! Pair it with leggings or leg-warmers, and layer it with all of your favorite accessories.

Malala Yousafzai was born in Mingora, Pakistan, in 1997. She had developed a love for education and a passion for knowledge early due to her father running an educational institution in their city. She eventually attended this institution and was very academically successful.⁠

However, in 2007, the Taliban took over Mingora and became the dominant socio-political force throughout Pakistan. Girls were soon banned from attending school and from many activities like watching television and dancing. Malala was determined to go to school and stand up for girls' right to an education. In 2009, she started to post blog entries about life under Taliban rule using the name "Gul Makai" to protect her identity. She was only 11 years old when she wrote her first blog entry, "I Am Afraid."⁠

Malala and her father became known throughout Pakistan for their determination to give Pakistani girls a free, quality education. Unfortunately, this activism resulted in Malala getting shot on a bus by members of the Taliban. Malala was airlifted to an intensive care unit in England, where she was put in a medically induced coma. After weeks of treatment and surgeries, she recovered and began to attend school in England in 2013.⁠

Malala's story resulted in a global outpour of support for her. On her 16th birthday, she visited New York and spoke at the United Nations. That same year, she published her first book, "I Am Malala: The Girl Who Stood Up for Education and Was Shot by the Taliban." In 2013, the European Parliament awarded Malala with the prestigious Sakharov Prize for Freedom of Thought. Malala continued to fight for girls' right to education throughout the world. In 2014, Malala became the youngest person to receive a Nobel Peace Prize. Today, Malala runs an organization that empowers girls to be strong leaders through education and advocates for girls to be agents of change in their communities. Malala Yousafzai proves that no matter your age, race, gender, or religion, you, too, can make a change.⁠