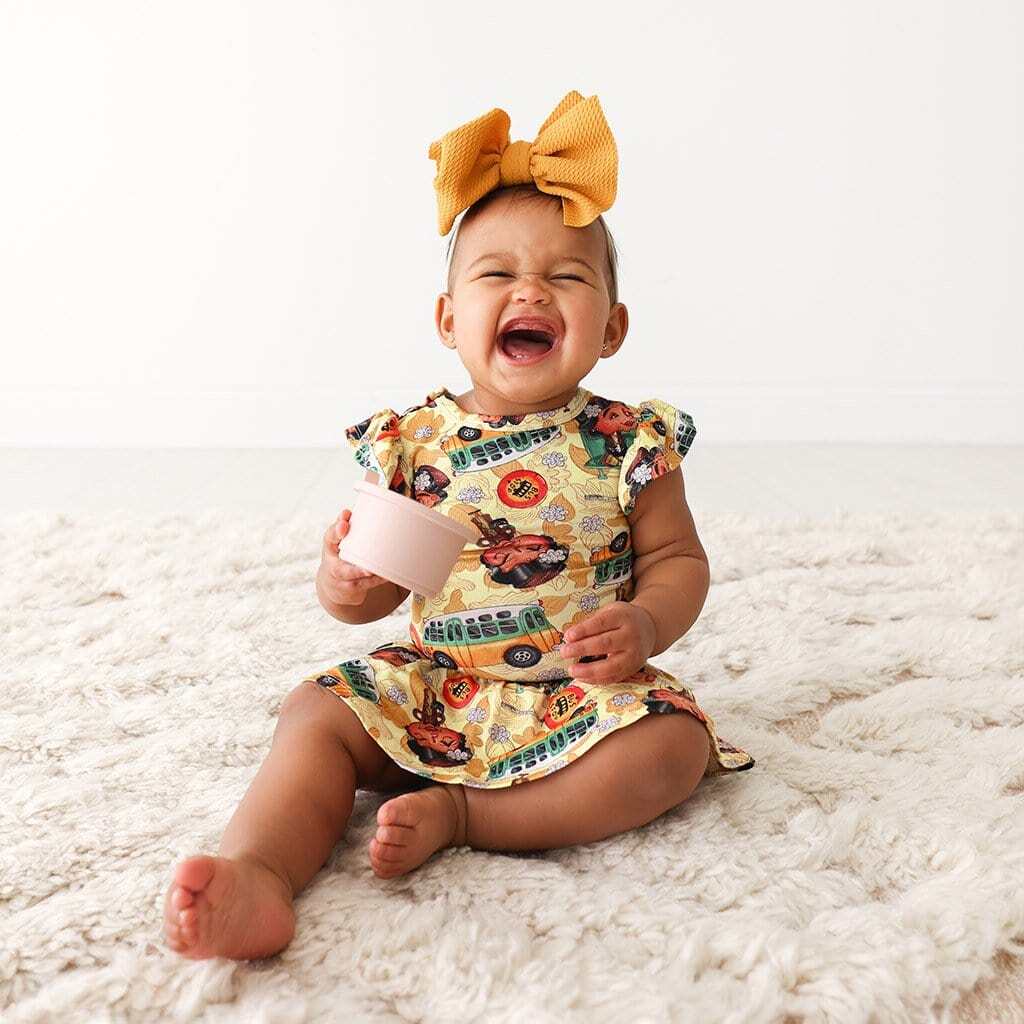 Dress it up or down; our girl's ruffled cap sleeve twirl skirt bodysuit has become a staple to have in your closet. Large ruffle sleeves, three-snap closures for quick diaper changes, breathable and made from our signature Päpook® viscose from bamboo, twirl skirt bodysuits are a favorite! Pair it with leggings or leg-warmers, and layer it with all of your favorite accessories.

Rosa Parks was born in Tuskegee, Alabama, on February 4, 1913. She enrolled at Alabama State Teachers college but unfortunately had to leave college to take care of her ill grandmother. In 1932, Rosa got married to Raymond Parks, who actively fought to end racial injustices against the Black community. During this time, racial Segregation laws governed the city. Black people could only attend certain inferior schools, could only drink from specific water fountains, & more.

On December 1, 1955, Rosa Parks took her regular bus route home from work. At this time, there was a policy where Black people had to sit on the back of the bus, & only White people could sit in the front. On the bus route, a white man entered the bus to see no more room in the designated "White" section. The bus driver told the passengers in the first four rows of the "Colored" section to stand so the White man could sit. Everyone got up from their seats, but Rosa Parks refused, which resulted in her arrest.

Once released, Rosa became the plaintiff in a case that was set to end segregation laws. The Black population of Montgomery began to boycott the buses on the day of Parks' trial. Unfortunately, she was found guilty of violating segregation laws; however, little did she know she had sparked a movement. The Montgomery Movement Association was formed shortly after this, & Dr. Martin Luther King Jr. became the organization's president.

Many lawsuits were filed until Parks' case reached the Supreme Court & in 1956, the Supreme Court ruled that bus segregation was unconstitutional. In 1999, Rosa was awarded the Congressional Gold Medal & became the first woman in the nation's history to lie in honor in the U.S Capitol after her passing in 2005. Rosa Parks left behind a legacy of resistance against racial inequality & discrimination. She will forever be honored & recognized as the first lady of the civil rights movement.